Original Articles By Dr. Lavin Featuring Expert Advice & Information about Pediatric Health Issues that you Care the Most About

Rice Cereal is Fading as a First Choice

In 2013, we reported that arsenic was emerging as a potent toxin capable of a surprising range of harm, including chronic lung disease, heart disease, and some cancers.  (see below)

It has been known for some time that rice is a plant that concentrates arsenic.  If grown in soil with arsenic in it, the plant sucks up those molecules and concentrates them in the part we eat, the grains of rice.

Now comes the AAP News, he official newsmagazine of the American Academy of Pediatrics to report that the FDA is proposing limits on the levels of arsenic in infant rice cereals.

The key findings from the FDA on rice cereal and arsenic are at http://www.fda.gov/food/foodborneillnesscontaminants/metals/ucm319870.htm
The FDA would like to limit rice cereal sold to infants contain less than 100 parts per billion of arsenic in the cereal.  The current standard in drinking water is that it must be less than 10 parts per billion.   The FDA found that infant rice cereals contain, on average, more than double the arsenic that other toddler foods contain.
Members of experts on arsenic in baby food sources at the AAP are now starting to promote use of other purees as first foods, and as infant foods.  They recommend other grains, fruits, and vegetables, in addition to rice cereal.
This signal is new and suggests, along with the recent moves from the FDA, that the US is taking a new look at the long practice of using rice cereal as the first solid.  Rice milk is now currently not recommended.
BOTTOM LINE
1.  Arsenic is a very dangerous chemical element causing a surprising range of long-term damage and disease.
2.  Rice has long been known to concentrate arsenic, but now the FDA is finding elevations of arsenic in infant rice cereals.
3.  As initial steps in response, the FDA is setting a standard so that all infant rice cereals only have arsenic below the standard.
4.  The American Academy of Pediatrics is taking initial steps to move all parents away from dependence on infant rice cereal as the first solid, encouraging people to instead use other grains, fruit, and vegetable purees.
Our recommendation is to right now reconsider the use of rice cereal in infancy.  As the AAP has noted, other purees work just as well.  And if the FDA is raising alarms, why use rice cereal?
Rice cereal has been the American infant’s first food for many, many decades, it will be sad to see it go, but the rise of arsenic in our rice demands us to be smart.
To your health,
Dr. Arthur Lavin


Arsenic:  What it Does, Why to Worry, and What to Do 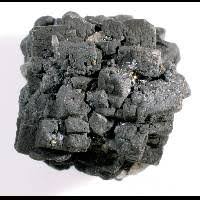 Recent reports have brought to all our minds the concern that arsenic may be causing us harm in our food supply, particularly from rice and apple juice.

This note will take a look at arsenic.  What is arsenic?  What sort of harm can it cause?  Should we be worried, and if so, what exactly is worrisome and what is not?  And given any real worry, what can be done?
What is Arsenic?
Most of us know arsenic as a poison, perhaps out of familiarity with the 1939 play by Thomas Kesselring, Arsenic and Old Lace.    And, indeed, this grey metal can be made into a powder that is quite poisonous to nearly every form of life, including insects and humans.   But what is arsenic?  Arsenic is an element that forms metal-like crystals, and is useful in making copper and lead more better in items we use, and is an important element in the materials that make electronic components.

How does Arsenic cause Harm?
Arsenic hurts nearly any living cell by blocking its ability to make energy.  Only a handful of unusual bacteria can live in the presence of arsenic, all other life is killed by the ability of arsenic to block the production of ATP, the currency of energy for all life.  Another famous poison, cyanide also blocks ATP production, but this poison creates a total and complete cessation of energy production, and hence sudden death.  Arsenic leads to varying levels of blocked energy production and so its typical method of harm has more to do with various organs and systems not working well, and eventually failing.  Death from arsenic is the result of various organs failing to work.

What is the Sort of Harm Most Often Seen Caused by Arsenic?
More typically, at the lower levels of the more common exposures, arsenic weakens organ functions, leading to a variety of complex problems and scenarios.  There is some indication that over time, continued exposure to even low levels of excessive arsenic can shorten life, but the most typical problems are more chronic in nature rather than deadly.

On September 20, 2013, the New York Times published an important article on findings on what arsenic is actually doing to us now. http://well.blogs.nytimes.com/2013/09/20/the-arsenic-in-our-drinking-water/?ref=health

Some studies found that people exposed to levels of 19 parts per billion (ppb) in their drinking water began to show signs of chronic lung dysfunction, and at 120 ppb, their lung function was as abnormal as a chronic smoker.   In one country whose drinking water had levels of arsenic as high as 1,000 ppb, 24% of all deaths from all chronic illnesses could be blamed on the impact of arsenic.

Who Should be Worried?

Drinking Water
In the United States, arsenic is found in varying concentrations in the drinking water, depending on two key items:
1.  Does the family use a water system supply, or a private well?
2.  If they use a well, do the rocks in their region have a lot of arsenic in them or not?

The areas of the United States that have the highest levels of naturally occurring arsenic in the ground water are:
1.  The Southwest.  Areas of Nevada have well water with levels as high as 500 ppb.
2.  The Upper Midwest.
3.  A band of New England- from the coast of Maine to an area midway in Massachusetts.

Water supplied by a municipal water system is mandated by Federal law to keep the level of arsenic below 10 ppb.  This means you are very unlikely to be exposed to arsenic in your tap water if the water is from a municipal source.   Private well users must measure their arsenic level to be sure it is not over 10 ppb, particularly in the US Southwest, Upper Midwest, and the swath of New England noted above.

Food
Arsenic exposure can cause harm via the ability to concentrate in certain foods.  Rice, for example, is a plant that sucks arsenic out of the soil quite well, and so if it is planted in soil with arsenic contamination, that arsenic will end up in the rice grains and potentially cause harm to those eating rice.

Other foods that concentrate arsenic include leafy vegetables, seafood, and apple and grape juice.

Rice
The problem with American-grown rice is that much of it is grown in fields that used to grow cotton- for a very long time.  Cotton was doused with arsenic very heavily- after all no one ate it.  But over the last few hundred years that meant the soil of these fields got good and soaked with arsenic.  As noted, rice sucks arsenic out of soil really well, and so rice from the American South can contain too much arsenic.

Bottom Line
Arsenic is a very dangerous and very insidious poison.  If you get too much you don’t just keel over, you get chronic illnesses.  It is worth taking efforts to avoid exposure.  Here are the top 3 things to do to avoid eating too much arsenic:

1.  Make your water tap water.  If you must use a well, find out the arsenic concentration and don’t drink it if it is over 10 parts per billion (ppb)
2.  Commercial apple juice is now regulated to have arsenic levels below 10 ppb, it should be safe.
3.  Rice is a real problem.   American rice from California is probably the safest bet.  Rice from the American South likely cannot be trusted to have low enough arsenic levels to be safe, and rice from the rest of the world, who knows.  So try to stick to California rice.

*Disclaimer* The comments contained in this electronic source of information do not constitute and are not designed to imply that they constitute any form of individual medical advice. The information provided is purely for informational purposes only and not relevant to any person’s particular medical condition or situation. If you have any medical concerns about yourself or your family please contact your physician immediately. In order to provide our patients the best uninfluenced information that science has to offer,we do not accept samples of drugs, advertising tchotchkes, money, food, or any item from outside vendors.

View all posts by advancedpeds →

Homework v. Play- We have a Winner
On Emerging Words and Sentences- the Power of Language

One Response to Get Ready to say Goodbye to Rice Cereal

Get Our Regular Newsletter Updates